Recap and Videos of VOICE NIGHT OUT: World Voice Day Concert at SLMC-BGC 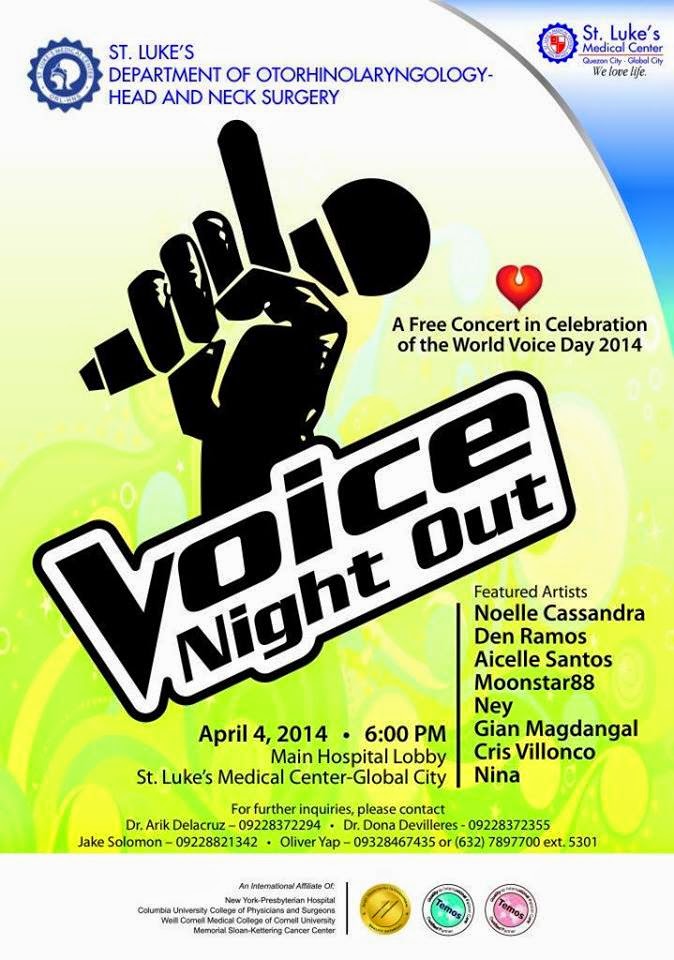 World Voice Day is a yearly celebration since 1999 aimed to remind the people of the world about the value of their voices.   It is celebrated on April 16 throughout the world by way of concerts, fora, free clinics for voice and voice education by various means.

St. Luke's Medical Center is one of the first local institutions to celebrate World Voice Day in the Philippines about ten years ago, and annually since then.  As with previous years, both SLMC Quezon City and Bonifacio Global City, there were lay fora, free endoscopy of the throat and concerts to celebrate this day. It was held earlier this year because April 16 falls during Holy week.  Activities in Quezon City were held last April 2, and the BGC events were held earlier today.

This year though, the concert in Bonifacio Global City though was not as "mini-" as it used to be.  The powers-that-be decided to push the World Voice Day celebration up several levels by staging a major concert with professional recording artists.  Tagged "VOICE NIGHT OUT", this big concert was held in the huge lobby of the hospital on a real stage with a complete professional sound system, the works! 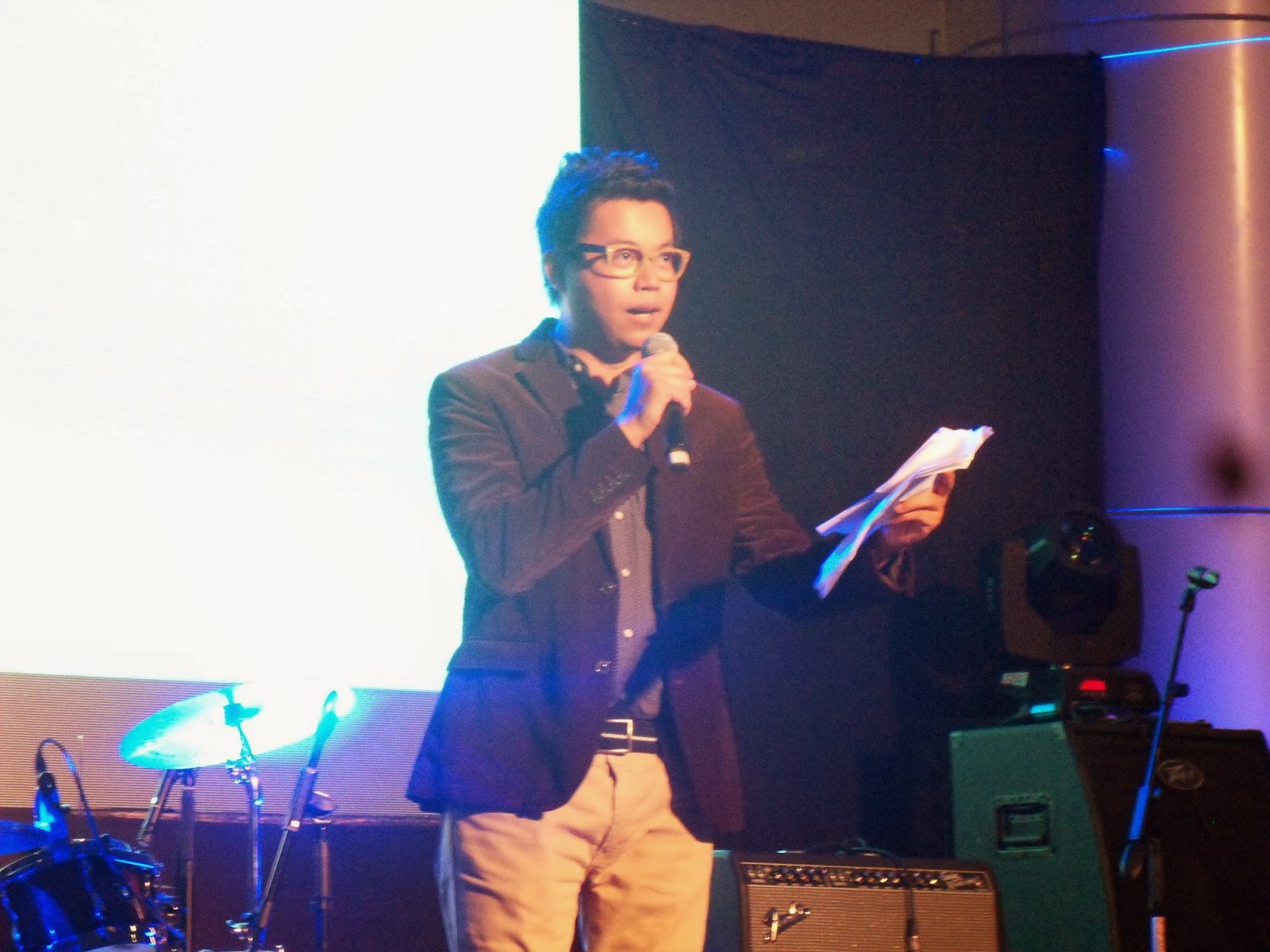 The emcee of the event  was proud SLMC graduate, now consultant in the Dept. of Radiology, Dr. Nathaniel (or Nace) Cruz.  His claim to fame was winning the "America Meets World" Best Comedy Video contest just last month.  He kept the whole affair bubbly with his unique brand of comedy.  He would lobby that we should not only be supporting the voice of singing, but also the voice of comedy.

The concert started promptly at 6 pm. The singer who opened the show was Noelle Cassandra.  Of course, her signature instrument, the harp, was there to accompany her in her two song numbers, one of which was "Colors of the Wind" from "Pocahontas" (VIDEO). She enthralled the audience with her soothing voice, masterful harp-playing and even her cute funny spiels. 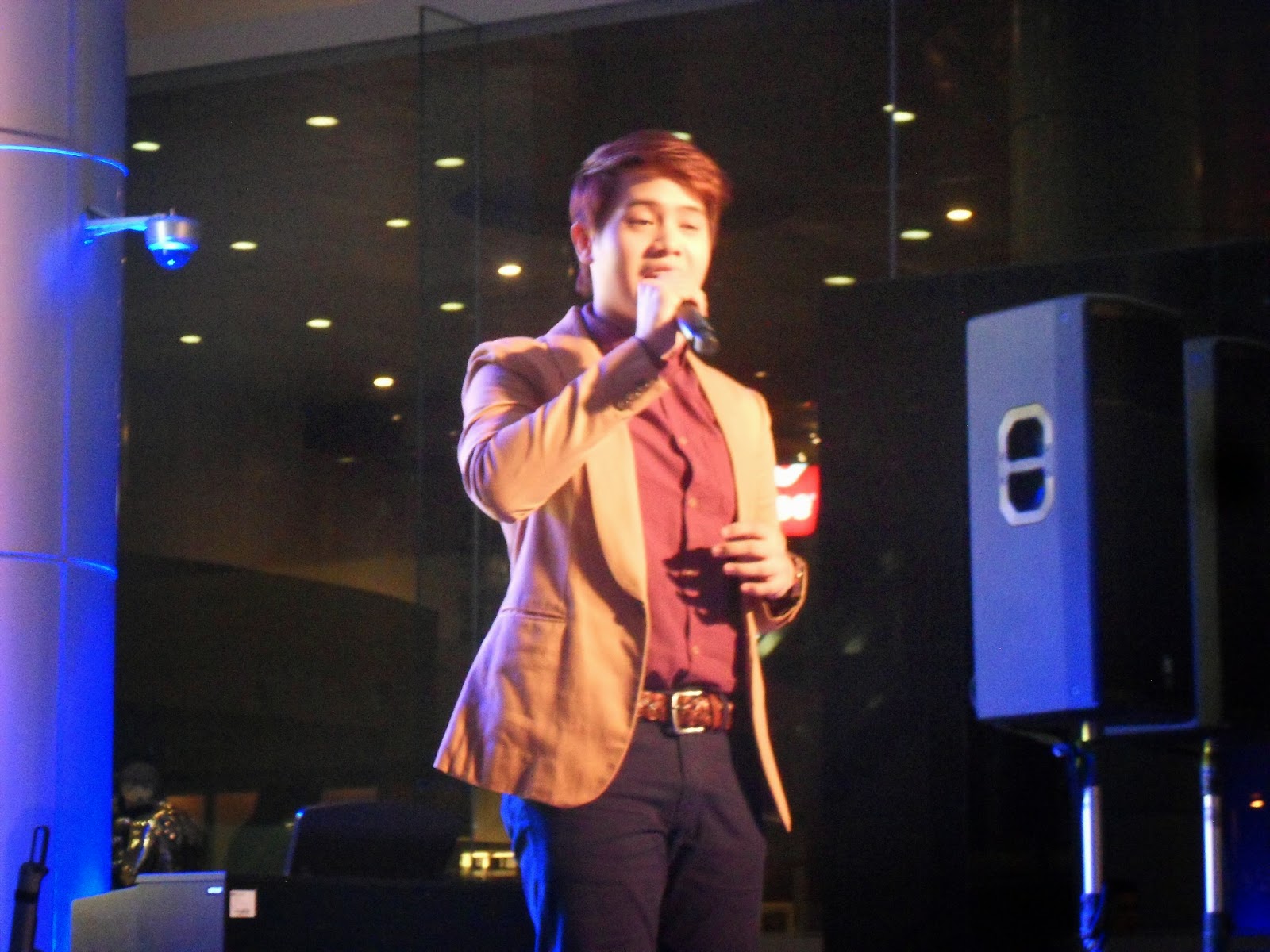 She was followed by a couple of homegrown St. Luke's talents.  First up was Anton Marcial, who won third place in the St. Luke's Got Talent last October 2013.  After him was the ever-popular cardiologist/singer Dr. Rodney Jimenez, whose rendition of "Hanggang sa Dulo ng Walang Hanggan" (VIDEO) could give the pros a run for their money.  After him, a couple of singing patients were also given a chance to sing onstage.

Then it was back to the real singing professionals.  Prof. Kitchie Molina, who is also the resident singing therapist in the Voice Center of SLMC-BGC, gave us a hilarious spoof of a Cole Porter song entitled "The Physician" (VIDEO).  After which, she became serious and  gave a show-stopping performance of Barbra Streisand's final song from the film "Yentl", the soaring "A Piece of Sky." (VIDEO)

The classical tone was continued by the next performer, pop tenor Den Ramos.  He impressively sang two David Foster songs, an Italian number originally sung by Josh Groban, and Andrea Bocceli's anthem from the Turin Winter Olympics "Because We Believe"(VIDEO). 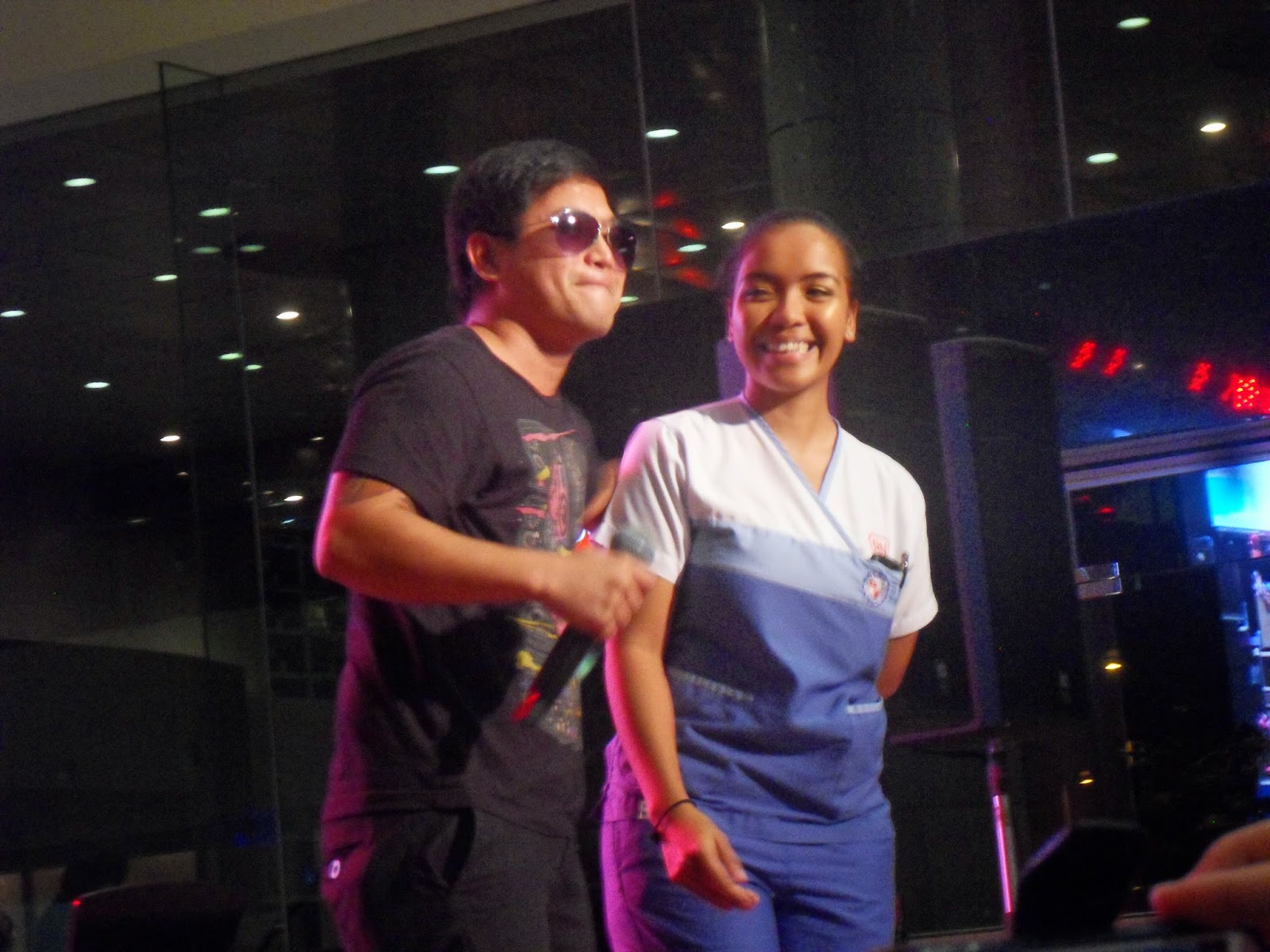 The momentum of the concert then shifted from classical to rock. Ex-6 Cycle Mind member Ney took the stage with two of his songs, "Kailan" (VIDEO) and his recent PhilPop runner-up winning song "Kung Di Man."  An even more popular band followed -- Moonstar 88 -- with their charismatic vocalist Maychelle Baay. They rendered a new song "Migraine" and their classic hit "Torete" (VIDEO) to the delight of the crowd.

The next singer to take the stage was "Soul Siren" Nina with her sparkly skirt and precarious-looking high heels.  Disappointingly, she only sang one song, her version of Bonnie Raitt's "I Can't Make You Love Me." 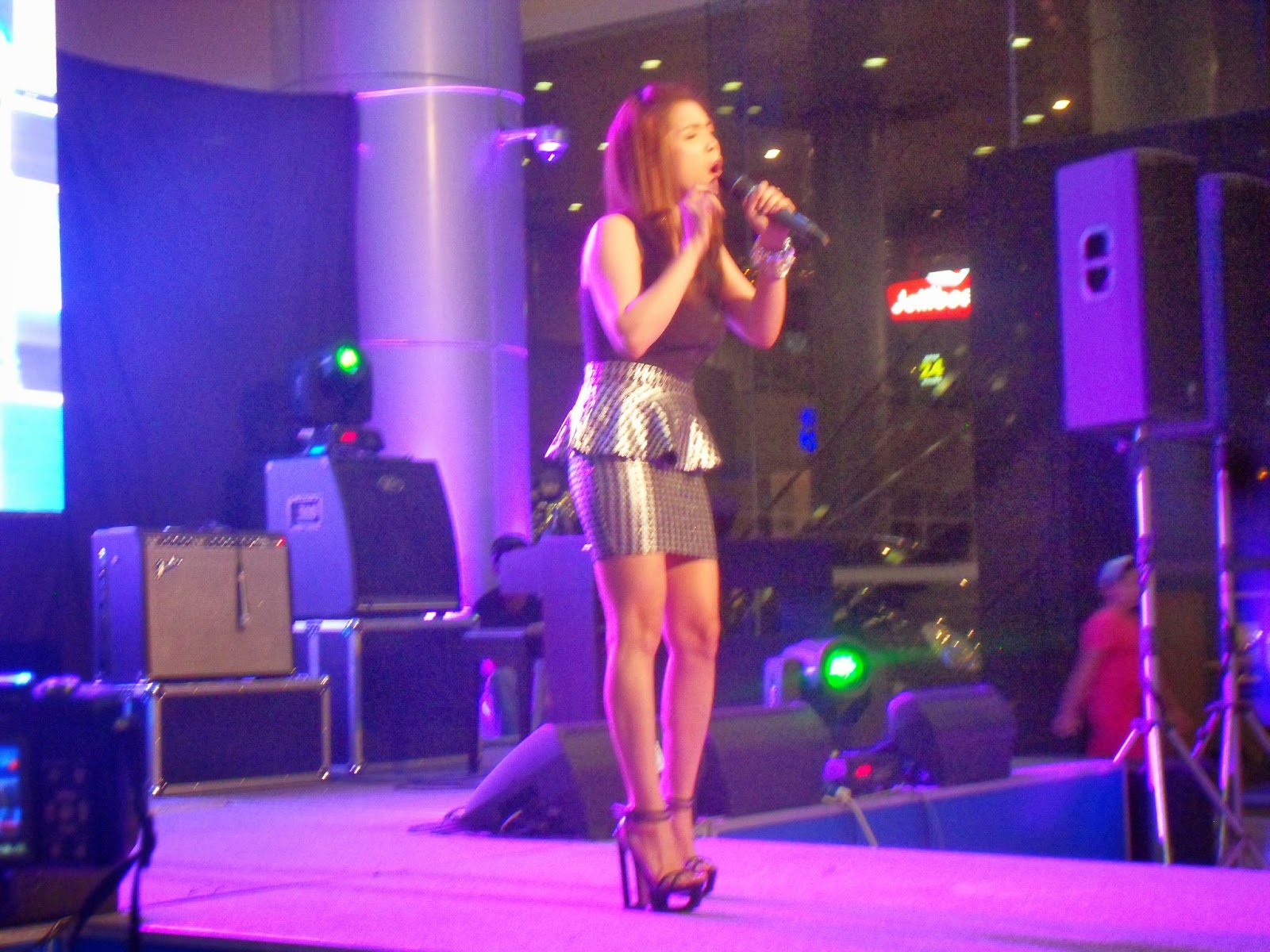 After Nina, it was the turn of GMA-7 talent show champion Aicelle Santos, who recently starred in stage productions "Katy!" and, more recently, "Rak of Aegis." Her strong voice was solid in her renditions of the Eagles' rock ballad "I Can't Tell You Why" (VIDEO) and Adele's soulful "Rolling in the Deep."

Next up was talent show-runner up and now theater talent and soap opera actor, Gian Magdangal.  He turned down the heat again, rendering two slow song numbers.  One was an old jazz standard.  The other is a current telenovela theme song written by Ogie Alcasid.

Dr. Nace announced that previously announced guests like Martin Nievera, Gary Valenciano and Sarah Geronimo send their apologies that they could not make it, and asked him to cover for them.  After he tried to sing a couple of lines from their hits, a video was shown showing the three stars greeting SLMC a Happy World Voice Day! 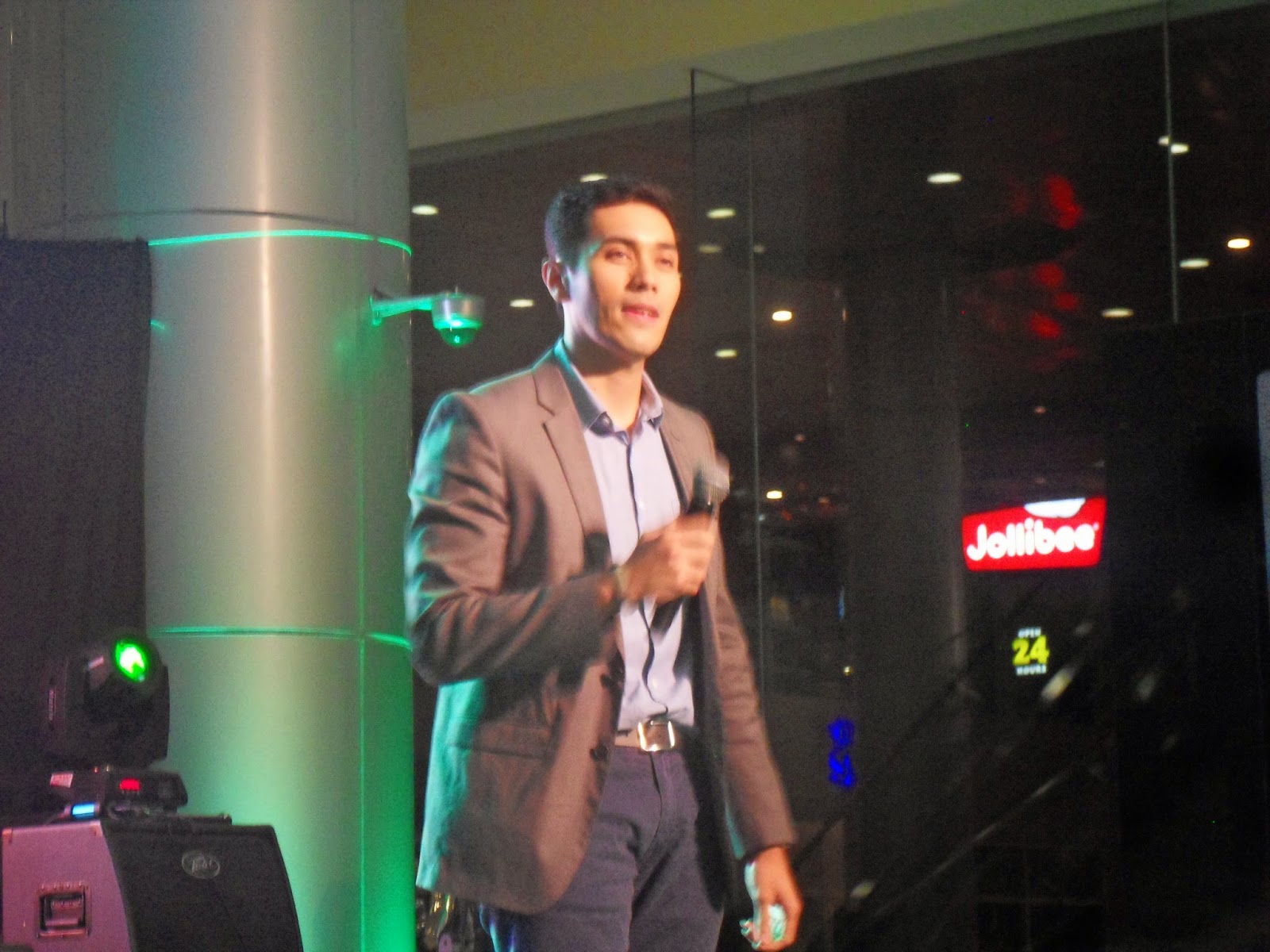 The final singer to take the stage and close the show was theater artist Cris Villonco.  She was at her brassy best with a animated version of big band classic "Orange Colored Sky".  Her final song was from her other favorite genre, Broadway, "I Dreamed of Dream" (VIDEO) from "Les Miserables."  Needless to say, her rendition was flawless.

The whole concert did go a little over the schedule, ending almost three hours later at 9 pm. However the most important aim was successfully achieved. The key message of World Voice Day was delivered effectively to the audience that night. I am sure everyone would remember that there is a World Voice Day, and know what it stands for.

A big thank you goes to all the generous sponsors and guest artists for their support in this important endeavor. Congratulations to the hardworking organizers this successful staging of this special concert!