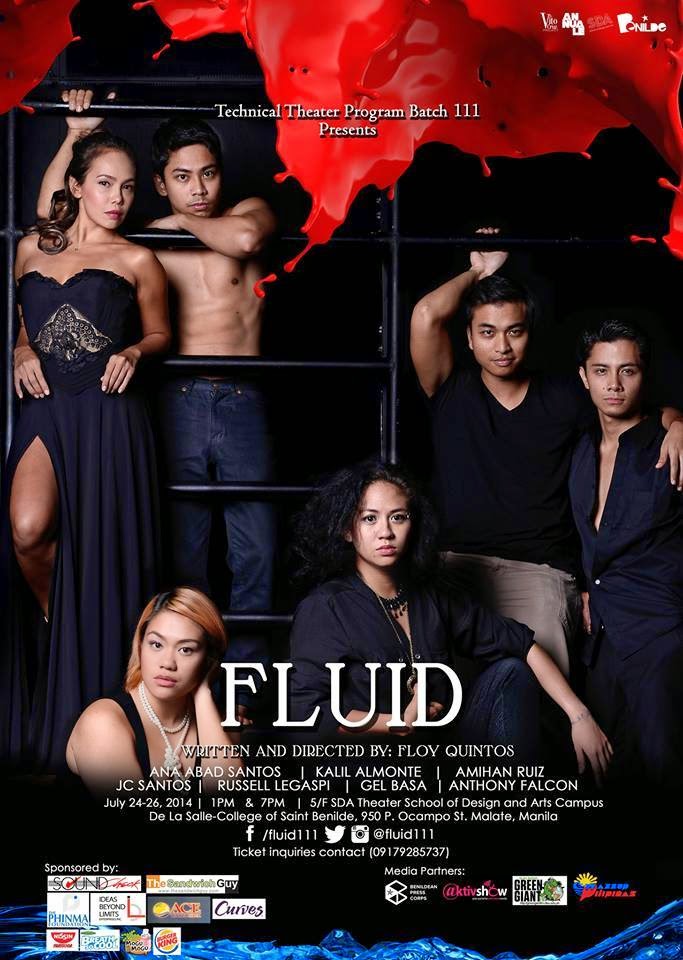 "Fluid" is a play about art, and the choices the artists make in the pursuit of their artistry. Written and directed by Mr. Quintos, Fluid was first presented in UP in 2004 and Ateneo in 2007. This time, it is being presented by De La Salle-College of Saint Benilde’s Technical Theater Program Batch 111 for a very limited run from July 24 to 26 at their SDA (School of Design and Arts) Theater.

Amir Montano is a young struggling painter.  His angst-y style with his subjects and colors caught the attention of Mira, an older art afficionado and would-be benefactor. When Mira offers to sponsor his first big-time one-man show, will Amir accept her "suggestions" in order to make his art more appealing to the rich customers?

Jom and Alben are a young gay couple, going strong for ten years. Both of them are struggling actors.  While grounded Alben is content with his current projects doing dead-serious classic plays, whimsical Jom dreams of being commercial and famous in musicals that he loves. When Jom plans to audition for a Singapore-production of "Rent", will Alben relent and do the same, and in so doing, forego his Shakespearean passion?

Simone, a shallow self-centered wedding coordinator, hides the 40-man Philharmonic orchestra behind a curtain as they perform the music for the reception. Renata, the liaison coordinator of the orchestra, would not stand for this. She also has more avant-garde ideas about what music to play despite the contract they entered with Simone. When Simone threatens not to pay them, will Renata accede to playing Simone's silly pop playlist instead?

These introductory scenarios are all presented in the first act. After a fifteen-minute break, the second act opens, set in an art exhibit that happens a year hence from the events of Act 1.  All six characters will cross paths during this grand event, and there they confront each other as to their real opinions about their art. At the end, will everyone get their respective artistic epiphany?.

Ana Abad Santos was riveting as Mira, a role she originated ten years ago in UP.  She essayed this cougar-ish and manipulative art connoiseur with a lot of class and conviction, I had seen Kalil Almonte perform recently in Ateneo, in Glenn Mas' "Games People Play".  His Amir was perfectly "jologs" in the first act, though he seemed to lack the maturity to create more credible impact in the second act.

JC Santos delightfully played the flighty Jom. His character loves bursting into song, and JC displays his singing chops very well in songs like "Corner of the Sky" and his coup de grace "Defying Gravity" on a crane.  It might not be far-fetched that this good-looking actor crosses over to the mainstream showbiz circles in real life as well.  Russell Legaspi plays the more serious thespian Alben.  He gets his chance to shine in that monologue recounting his "Rent" audition. That was one unforgettable acting moment for Legaspi.

I was very surprised to learn after the show that Amihan Ruiz, the actress who played the batty senior citizen Renata, is actually only in her 20's! Renata had the longest lines of the play which explains the whole essence of the play, and Ruiz definitely delivered with passion. Gel Basa mainly played comic relief in her role as Simone, a caricature of someone who had no respect for artists despite working closely with them. She was so irritatingly funny.

Anthony Falcon plays a nameless dancer in black who seemed to be the uniting spirit of the play, performing in between unrelated scenes. While his dancing skills were excellent, but I honestly do not know what to make of that seemingly extraneous character, 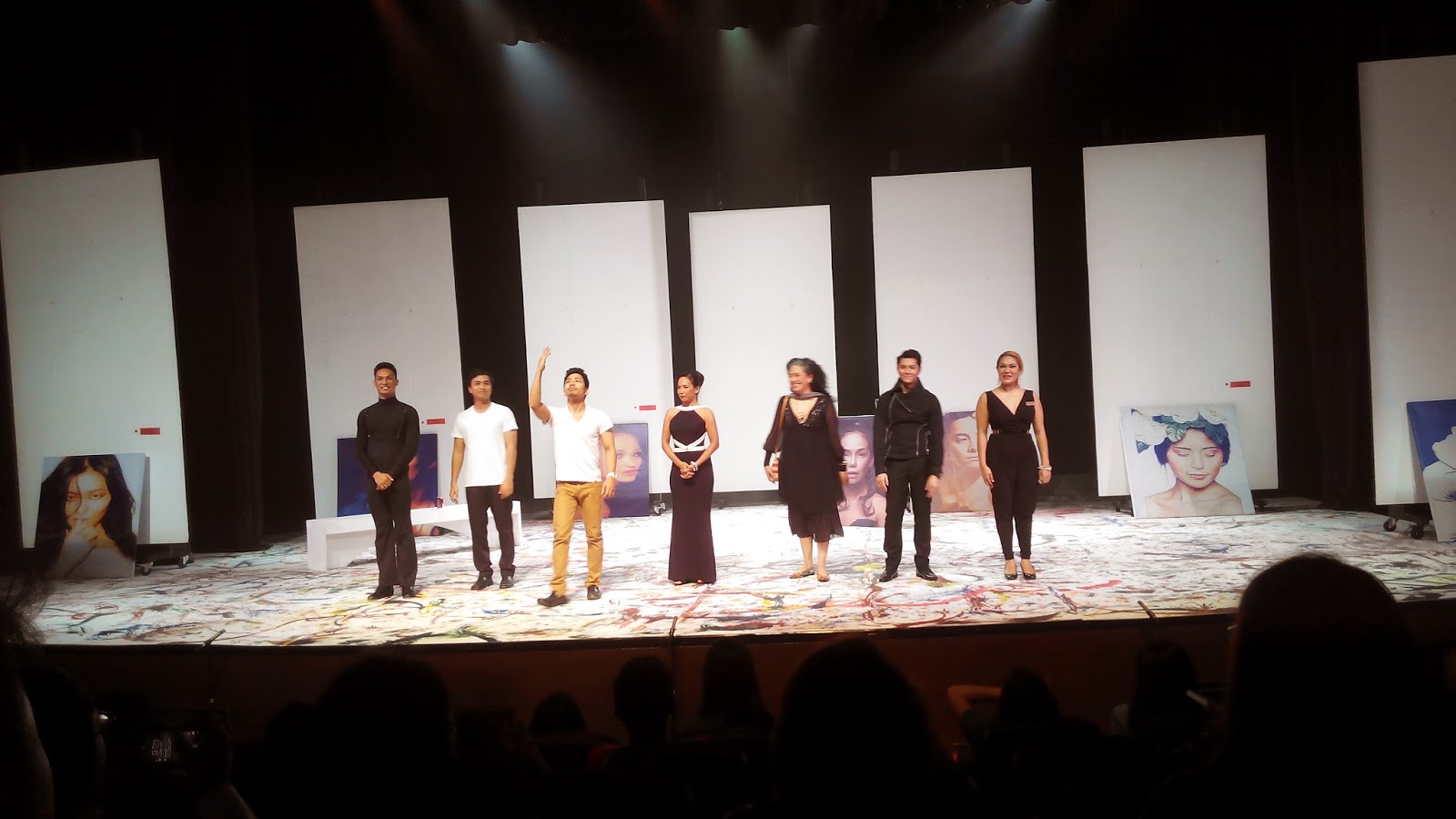 Kudos to Floy Quintos for another successful staging of his Palanca-award winning play (2nd place in 2004). The hilarious present-day references certainly enlivened the updated script more. The main message about the struggle of artists between their pure art and commercialism is timeless. It works as well now as it did ten years ago, and will work ten more years from now.