Review of Dulaang UP's ANG MISIS KONG PROMDI: The Notorious and the Naughty 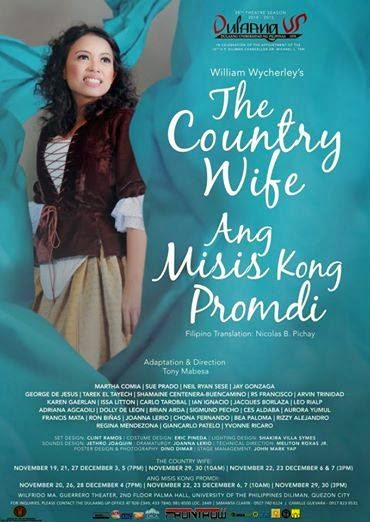 This play is set in London, during a supposedly more genteel era. Harry Horner is a lustful cad who spread the rumor that he is impotent so husbands, mothers and nursemaids will allow their daughters to be left alone with him. His friend Pinchwife just married a provincial lass Margery, and the poor guy is doing all he can to keep her out of horny Horner's sight. Pinchwife's sister Alithea is betrothed to marry an odd man named Sparkish, but Horner's good friend Harcourt has his own designs on her. So, who will end up with whom on this love carousel?

Such are the three of the major stories that are told in the comedy of manners written by William Wycherley in 1675 entitled "The Country Wife."  This type of comedy was a satire aimed at criticizing social behavior and beliefs. The version I saw this afternoon was the Filipino translation by Nicholas B. Pichay. I thought the language used by Pichay was easy to understand, sharp and really naughty. You can imagine all the rich variety of metaphors he used to describe Horner's "impotence", for instance. The word play was laugh-out-loud hilarious.

The actors had to act under long heavy curly wigs, thick white make up with rouge, and luxurious silk and satin costumes, and they all did so with over-the-top gleeful delight.

Physically, Martha Comia seemed to be an unusual choice to play Margery. Because she was so petite, she looked like Pinchwife's daughter. You should see how el Tayek lifts Comia up and stands her on a bench like a little girl! Despite that though, she was able to give a very relaxed natural performance for this oddly written character. She has a knack for playing lustful ladies well, as she did in the last play I saw her in, "The Duchess of Malfi" also by DUP, where she played Julia. (Sue Prado alternates in this title role. Her looks and allure are very different from Comia's, so it will be interesting to see how she would do it.)

Neil Ryan Sese has the roguish charm to pull off the irresistible-to-women Horner. Tarek el Tayek was really funny as the clueless Pinchwife, who was the butt of everyone's pranks. I think this is the first Filipino play I have seen the very reliable veteran actor Leo Rialp in, where he played Jasper Fidget, an aristocrat who fell for Horner's ruse.

In an incredible piece of casting, Shamaine Centenera-Buencamino took on the role of a man -- the weird man with strange actuations, Sparkish. She received the loudest ovation for her outrageous performance. (RS Francisco is the alternate in this role, and again I can imagine he would do this in a totally different way.)

I am already a fan of Dolly de Leon who played Lady Fidget, a matron enamored by Horner's sex appeal. Her sense of comedy is faultless, with her little facial expressions saying so much. Carlo Tarobal and Karen Gaerlan played Harcourt and Alithea. Both of them did well enough, but their comedic timing still needed improvement compared to their more experienced co-actors.

Congratulations to Professor Emeritus Tony Mabesa for directing this piece of classic farce about sex, marriage and reputation to still be very entertaining for mature modern viewers, even when translated to the native tongue. He is very ably supported by his talented crew, composed of Shakira Villa Symes (Lights Designer), Jethro Joaquin (Sounds Designer), Clint Ramos (Set Designer), and Eric Pineda (Costume Designer). 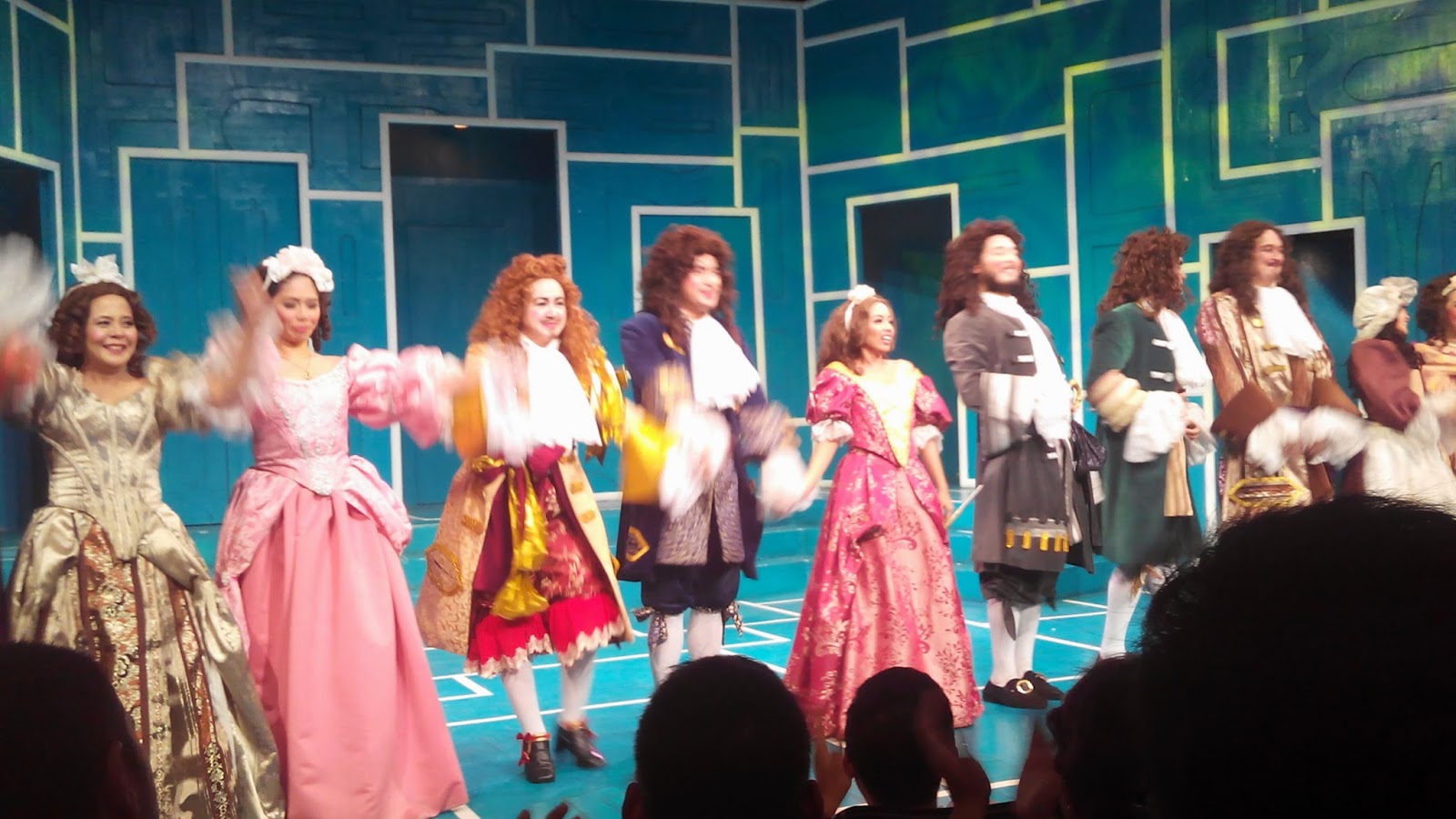