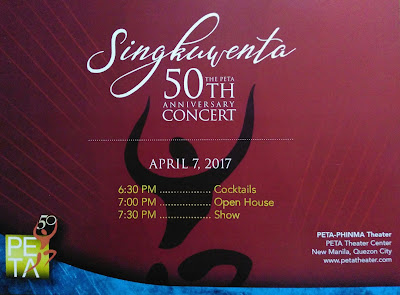 The acronym PETA stands for Philippine Educational Theater Association. Established on April 7, 1967 through the pioneering efforts of Ms. Cecilia Guidote Alvarez, the PETA is a theater company that not only focused to staging plays, but it also has an advocacy for teaching theater arts to all Filipinos, as well as to impart social awareness and raise questions that need to be asked. 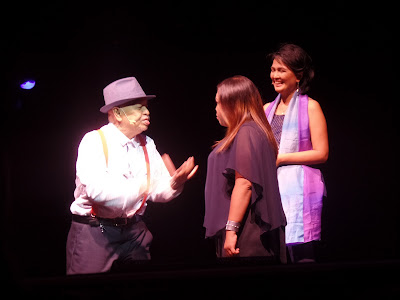 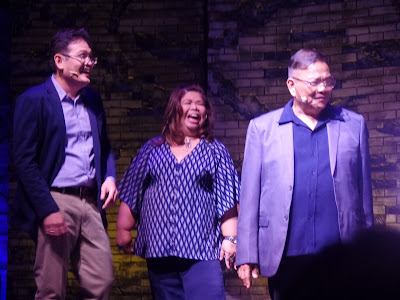 Today on its 50th anniversary, PETA celebrates its milestone by staging a special invitational concert that aims to remind everyone about how PETA came about, how it developed and survived to this day. It aimed to showcase the various social advocacies that PETA undertakes, apart from its well-known quality stage shows. This stories and ideals were told throughout the show via animated narrations and recollections by PETA stalwarts and mentors: Soxie Topacio, Joel Lamangan, Mae Paner, Dessa Quesada-Palm, Cris Gonzales, and Meann Espinosa.

There were 17 musical numbers that comprise the two hour concert directed by Melvin Lee, showcasing the best songs from among the 400 or so plays PETA has produced in the past 50 years. The musical directors of the show were Jeff Hernandez and Myke Salomon, with Jed Balsamo on the piano and Tim Cada and Dodjie Fernandez on guitar. 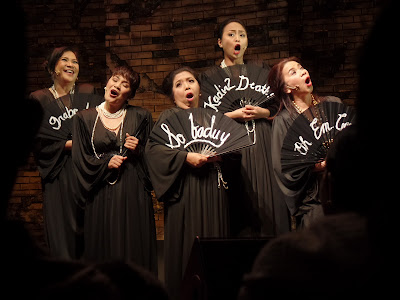 The first song number was the PILIPINAS CIRCA SUITE with Joel Lamangan singing about the colonial mentality in theater back in the 60s and 70s. He was given humorous support by Upeng Galang-Fernandez, Avic Ilagan, Glecy Atienza, She Maala, and Neomi Gonzales. Direk Lamangan sang with much gusto despite his very hoarse voice, echoing the old theater sentiment, "The show must go on."

This was followed by a very elegant KUNDIMAN SUITE, including "Sa Loob at Labas" ("Halimaw", 1971, with lyrics by Francisco Balagtas, music by Lutgardo Labad).
The songs were rendered by Upeng Galang-Fernandez, Michael Odeomene, and finally a glorious duet by husband and wife team, Cynthia and Lionel Guico. In this suite, PETA founder Ms. Cecile Guidote-Alvarez was escorted onstage to be serenaded in an early emotional moment of the show. 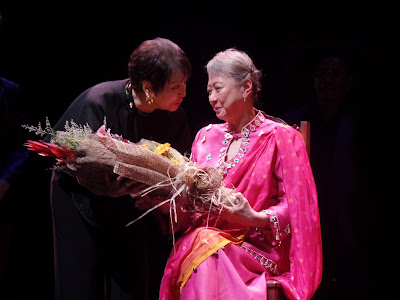 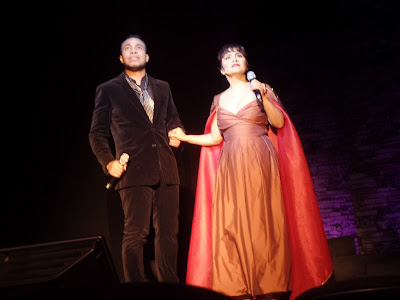 "Paghahanap ni Oryang" (from "1896", 1995) was dramatically rendered by a most glamorous Cynthia Guico dressed in a voluminous scarlet gown. “Pagsapit ng Dilim” (“Kahapon, Ngayon at Bukas”, 1990, by Aurelio Tolentino) was sung by Michael Odeomene and Neomi Gonzales. The wedding song "Sa Hirap at sa Ginhawa" (from "Canuplin" 1980) was sung by Noel Cabangon and Aicelle Santos.

The GENDER SUITE had the songs "Ako Ito" (from ASL Please", 2004) given a powerful rendition by Jet Barun-Concepcion, "Hanggang Dito Na Lang Ba" (from "Hanggang Dito na Lang at Maraming Salamat" 1997) in a poignant performance by Paeng Sudayan, and "Buhayin ang mga Sana" (from "Libby Manaoag Files" 2000) by the PETA Choir. This suite was capped by "Saan Ka Man Dalhin" (from "Care Divas", 2011) featuring star/musical director Vincent de Jesus along with Ricci Chan, Buddy Caramat and Gio Gahol in their big top hats and fishnet stockings. 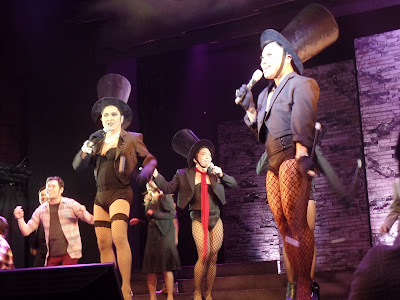 An ETHNIC SUITE showcased the intense dance prowess of Carlon Matobato, Gold Villar-Lim, Gerhard Pagunsan and JP Basco interpreting the songs being sung by guest choir, the UP Singing Ambassadors, including "Iligtas ang Sanggol" and "Sinimulan ang Laban" (both from "Diablos", 1989).

There was suites from more recent audience favorites, both jukebox musicals. The 3 STARS AND A SUN SUITE featuring songs by Francis Magalona was led by Mark Salomon. Of course, a PETA reunion would be incomplete without highlighting the megahit RAK OF AEGIS in its own suite, led by the original Aileen and Tolits -- Aicelle Santos and Jerald Napoles, with its musical director/original Kenny, also Myke Salomon.

Aside from participating in other suites, they had their own suites. From the upbeat title tune "Padayon" (2014), they then sang the GOOD VIBES SUITE, which included the songs "Kalikasan" (from "Ang Alamat ng Limbaswang" 1992) and "Bakit Ka Pa Maghihintay" (from "Juan Tamad, ang Diablo at ang Limang Milyong Boto" 2010). They also sang the song "Pag-asa ng Bayan" (from "Batang Rizal", 2007) and "Awit ng Haraya" (from "Mga Kuwento ni Lola Basyang", 2005), as well as the closing song, "Alay ng Lumikha."

The best and most memorable moment of the whole show ago for me was the climactic MAKABAYAN SUITE which began and ended with stirring "Sulo ng Kapatiran" (from "1896", 1995) lyrics by the late Charley de la Paz and music by Lucien Letaba. This penultimate number had the entire ensemble of the night's performers -- from narrators, the singers and the choirs -- all singing together on that stage in one spectacularly inspirational number which ended in a colorful shower of confetti.

Kudos to all the incredibly multi-talented people behind this uniquely Filipino artistic and educational institution called PETA, past and present, in its first of many 50 years! 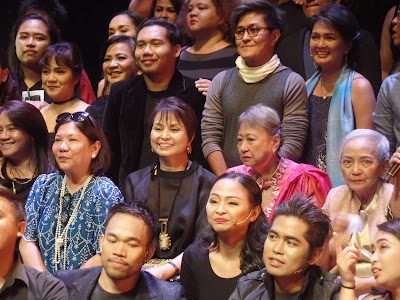 The Multi-Talented People of PETA!